Diet & The Impact Of EMF

Most of us are used to the conveniences of modern life. But few of us are aware of the possible health risks presented by the gadgets that make our world work.

It turns out that our cellphones, microwaves, Wi-Fi routers, computers, and other appliances send out a stream of invisible energy waves that some experts are concerned about. Should we be concerned?

Since the beginning of the universe, the sun has sent out waves that create electric and magnetic fields (EMFs), or radiation. At the same time the sun sends out EMFs, we can see its energy radiating out. This is visible light.

At the turn of the 20th century, electric power lines and indoor lighting spread across the world. Scientists realized that the power lines supplying all that energy to the world’s population were sending off EMFs, just like the sun does naturally.

Over the years, scientists also learned that many appliances that use electricity also create EMFs like power lines do. X-rays, and some medical imaging procedures like MRIs, were also found to make EMFs.

According to the World Bank, 87 percent of the world’s population has access to electricity and uses electrical appliances today. That’s a lot of electricity and EMFs created around the world. Even with all those waves, scientists generally don’t think EMFs are a health concern.

But while most don’t believe EMFs are dangerous, there are still some scientists who question exposure. Many say there hasn’t been enough research into understanding whether or not they are safe. Let’s take a closer look.

There are two types of EMF exposure. Low-level radiation, also called non-ionizing radiation, is mild and thought to be harmless to people. Appliances like microwave ovens, cellphones, Wi-Fi routers, as well as power lines and MRIs, send out low-level radiation.

High-level radiation, called ionizing radiation, is the second type of radiation. It’s sent out in the form of ultraviolet rays from the sun and X-rays from medical imaging machines.

EMF exposure intensity decreases as you increase your distance from the object that’s sending out waves. Some common sources of EMFs, from low- to high-level radiation, include the following:

According to some scientists, EMFs can affect your body’s nervous system function and cause damage to cells. Cancer and unusual growths may be one symptom of very high EMF exposure. Other symptoms may include:

Most importantly, and at the root of many of these symptoms is inflammation.

In order to keep inflammation low, your diet can play a key role in counteracting and reducing the symptomatic responses to EMF.

The spin on a keto diet presented by Dr. Berg recommended for the belly fat/insulin balance is called ‘Healthy Keto with IF (intermittent fasting)’ and has caused a significant improvement in EMF exposure inflammation to the body and especially the brain, also giving what some people call ‘peaceful brain, clear and peaceful mind’.   Another very important benefit factor of this diet that lowers inflammation is that it reduces cancer cell growth and therefore cancer risk factor.

Here is why this healthy brain diet is so helpful:

A side benefit is that you will probably lose excess fat and build lean muscle mass.  This is not a normal keto 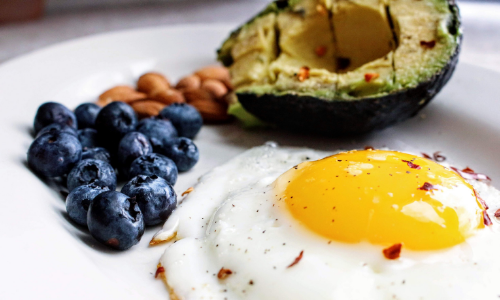 Here are the basics of the Healthy Keto diet:

Fasting is a very important factor for inflammation. The main reason fasting markedly improves most health conditions is that it downregulates cellular inflammation.

There are two types of inflammation: chronic and acute. Acute inflammation lasts just a short period of time (between seconds and a few days), and is a normal and healthy biological response to wound healing or infection. Chronic inflammation, on the other hand, occurs over a longer time period (often many years), is not healthy, and is directly implicated in most all modern health disorders, including autoimmune disease, obesity and diabetes, hormone challenges, and more. To impact most any health challenge we must decrease chronic inflammation, aka the “silent killer.” And there is simply no quicker way to decrease inflammation than fasting.

All in all, helping combat inflammation from EMF starts with your diet. In addition to utilizing our services to provide a safe and healing space in your home, you can take an important additional step where you keep your diet in check and fight inflammation at a cellular level. This will help you achieve a better feeling of well being, a clearer mind, and more able body.

Physiological effects of millimeter-waves on skin and skin cells: an overview of the to-date published studies

What The Lack of EMF Research Really Means